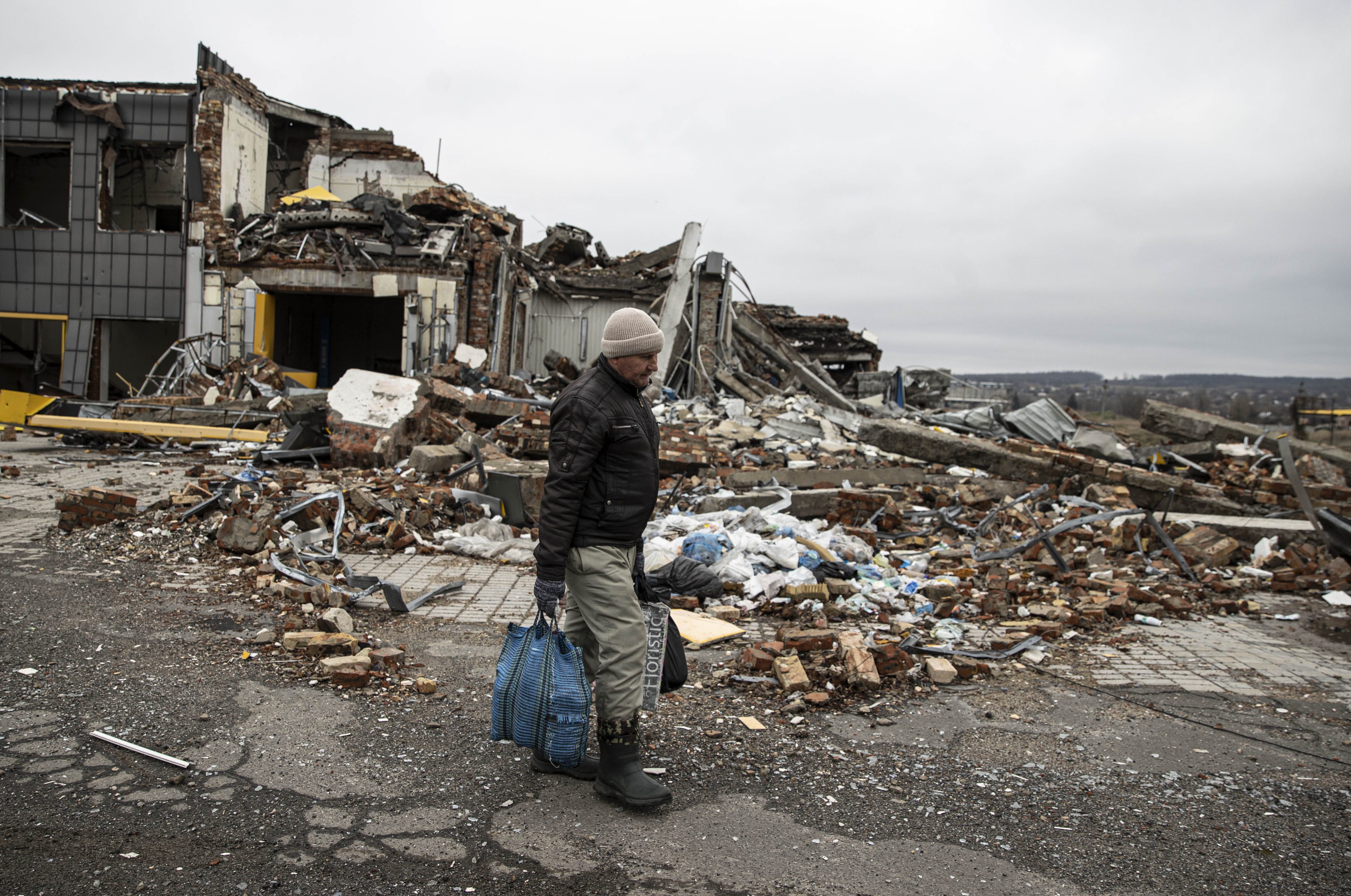 A civilian carrying bags walks past damaged buildings in Ukraine’s city of Bakhmut, a flashpoint in Russia’s war now in its ninth month on November 23, 2022. The city has been abandoned by its residents as Russian strikes destroy infrastructure and disrupt essential services such as gas, electricity and water. Those who were left behind avoid going outdoors and stay put in bomb shelters. (Photo by Metin Aktas/Anadolu Agency via Getty Images)

Ukrenergo: Ukraine to import electricity from EU. “Special mechanisms are needed to guarantee these imports since the price of electricity in Europe is higher than in Ukraine,” said Volodymyr Kudrytskyi, board head of Ukraine’s state grid operator Ukrenergo.

IAEA: All Ukraine-controlled nuclear power plants reconnected to the country’s power grid. The Rivne, South Ukraine, and Khmelnytsky nuclear power plants have been reconnected to the power grid and are now operating to generate electricity for the country’s needs, Ukraine confirmed to the International Atomic Agency on Nov. 25, according to IAEA Director General Rafael Grossi.

Zelensky: Ukraine restores electricity for half of those affected by Nov. 23 missile attack. “As of this evening, blackouts continue in most oblasts and in Kyiv. In total, it affects over six million customers compared to almost 12 million who were disconnected on Wednesday evening,” President Volodymyr Zelensky said.

Ukrainian authorities evacuate hospital patients from Kherson amid Russian attacks. According to Kherson Oblast Governor Yaroslav Yanushevych, children and psychiatric patients have already been evacuated from some of the hospitals in Kherson.

Zelensky: Peace solutions not including liberation of Crimea are ‘waste of time.’ President Volodymyr Zelensky told Financial Times that he is in favor of liberating Crimea by “non-military means” if possible, but “no one should waste their time” on excluding the liberation of Crimea in potential solutions to ending Russia’s war. “We must return all lands… because I believe that the battlefield is the way when there is no diplomacy,” Zelensky. “If you can’t get your land back entirely, the war is simply frozen. It’s a question of time before it resumes.”

The Guardian: Danilov says Iranian military instructors killed in occupied Crimea. Ukraine’s military has killed Iranian instructors training Russian forces to operate kamikaze drones in occupied Crimea, National Security and Defense Council Secretary Oleksii Danilov told the Guardian. Danilov warned that further Iranian military presence in Ukrainian territory would also be targeted. “They were on our territory,” he said. “We didn’t invite them here, and if they collaborate with terrorists and participate in the destruction of our nation, we must kill them.”

Kuleba: Most German parliament fractions agree to recognize Holodomor as genocide of Ukrainians. According to Foreign Minister Dmytro Kuleba, the vote on the resolution will take place next week. 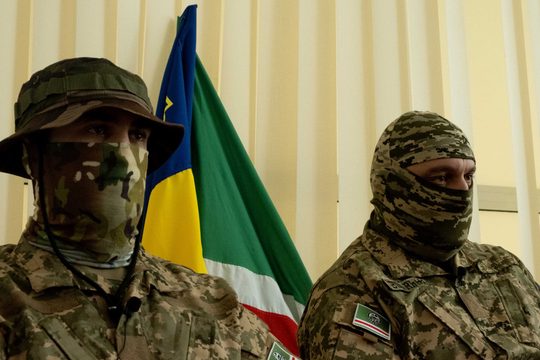 In the Kyiv office of the Dzhokhar Dudayev Battalion, two flags hang on the wall next to each other: the yellow-and-blue flag of Ukraine and the green-white-and-red flag of the Chechen Republic of Ichkeria. 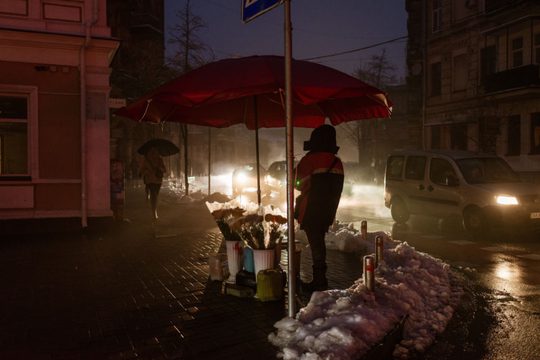 UN: Russian attacks on Ukraine’s energy system have killed 77 civilians since Oct. 10. Some 272 people have been injured, according to the UN Human Rights Monitoring Mission in Ukraine.

Prosecutor General’s Office: Bodies of 2 men killed by Russian troops exhumed in Kharkiv Oblast. Local law enforcement exhumed the bodies of two men shot by Russian troops near a forest in Podoly, Kharkiv Oblast, on Nov. 24, the Prosecutor General’s Office reported. The men, aged 28 and 39, had reportedly been killed in mid-September when the region was still under Russian occupation.

Speaking of Russian military casualties, Putin says ‘death is inevitable.’ During a meeting with soldiers’ mothers, Russian dictator Vladimir Putin compared the country’s losses during the invasion of Ukraine with the number of people dying in road accidents and from alcohol-related reasons.

EU will give Ukraine 200 transformers, 40 heavy generators to support energy sector. The announcement was made by European Commission President Ursula von der Leyen in a phone conversation with President Volodymyr Zelensky.

Finland to send energy equipment to Ukraine. In an interview with Finnish Yle news, Finland’s Economy Minister Mika Lintila said Finland may send the first batch of energy equipment to Ukraine next week. After Russia’s Nov. 23 mass missile strikes on Ukraine’s energy infrastructure, Lintila has started conversations with Finnish businesses in the energy sector “to coordinate efforts to assist Ukrainians.” “Yesterday I asked companies to donate equipment, and today the companies responded positively to the request,” Lintila wrote on Twitter.

Stoltenberg: ‘NATO will continue to stand with Ukraine for as long as it takes’ NATO will keep supporting Ukraine and also step up non-lethal aid, NATO Secretary General Jens Stoltenberg said during a press conference in Brussels on Nov. 25. “Most wars end with negotiations. But what happens at the negotiating table depends on what happens on the battlefield,” Stoltenberg said. “Therefore, the best way to increase the chances for a peaceful solution is to support Ukraine.”