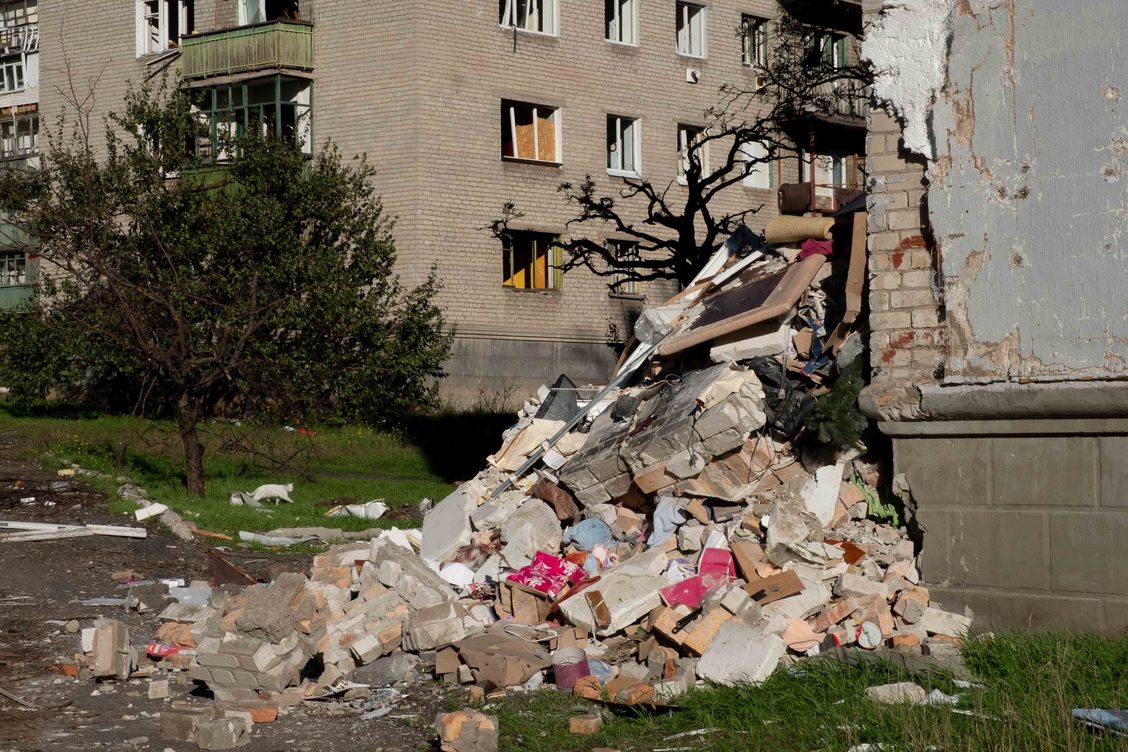 Russia says it ‘suspends participation’ in grain deal with Ukraine. Russia’s Ministry of Defense announced the Kremlin was suspending the U.N.-brokered Black Sea Grain Initiative, which was set to expire on Nov. 22. The deal, reached in July, allowed Ukrainian grain to be exported through the Black Sea ports. Russia’s Defense Ministry claimed that Russia was suspending the deal over a drone attack on the Russian-occupied Ukrainian port city of Sevastopol in the early morning of Oct. 29.

Zelensky: Russia started to deliberately worsen food crisis month ago. Russian authorities made a decision to halt the U.N.-brokered grain deal back in September – not today, according to President Volodymyr Zelensky. “Russia began deliberately aggravating the food crisis back in September, when it blocked the movement of ships with our (grain),” Zelensky said in his evening video address on Oct. 29.

UN in talks with Russia as it suspends grain deal. The U.N. got in contact with Russian authorities after Russia announced the suspension of the U.N.-brokered grain deal, according to Reuters. A day before Russia’s announcement, U.N. spokesman Stephane Dujarric said the grain deal should be renewed “to contribute to food security across the world and to cushion the suffering that this global cost-of-living crisis is inflicting on billions of people.”

Russian media: Russia removes commander of its largest military district. Commander of Russia’s Central Military District Aleksandr Lapin has been replaced, Moscow Times reported, citing sources in the Russian Defense Ministry. The reason is unknown. It’s also not clear who will replace Lapin and what role he will take on next. In Russia, Lapin has been criticized for the withdrawal of Russian troops from Lyman.

Ukrainian intelligence chief: Liberating Kherson will likely take until end of November. Kyrylo Budanov, head of Ukraine’s Intelligence Directorate, said that Russia has around 40,000 troops on the Dnipro River’s right bank where the occupied regional capital Kherson is located.

Zelensky: ’It is important for whole world to see that Russia loses.’ Speaking online at Yale University, President Volodymyr Zelensky said that Russian President Vladimir Putin and his close circle are “taking aggressive steps towards the destruction of the Russian nation.”

Intelligence: More than 1,000 Ukrainians have been returned from Russian captivity since Feb. 24. Ukraine’s Intelligence Directorate’s press officer Andriy Yusov said on Oct. 29 that almost 30 exchanges have already taken place since the beginning of Russia’s full-scale invasion.

New York Times: Ukraine achieves artillery superiority on southern font line thanks to Western weapons. Ukraine has boosted the range and accuracy of its military arsenal with precision-guided rockets and artillery shells, a class of weapons largely lacking in Russia’s arsenal. “Ukrainian soldiers are taking out armored vehicles worth millions of dollars with cheap homemade drones, as well as with more advanced drones and other weapons provided by the United States and allies,” the New York Times reports.

ISW: Russia is likely expediting efforts to forcibly depopulate areas of Kherson Oblast, place Russian soldiers instead. The Institute for the Study of War reports on Oct. 29 that Russian officials have given residents of Kherson a two-day eviction notice and introduced intensified inspection and verification checkpoints at roadblocks on the routes to Russian-occupied Crimea. The experts also cite reports of Russian forces forcibly relocating civilians from Nova Kakhovka and Russian soldiers changing into civilian clothes and moving into private residences in the city of Beryslav.

General Staff: Russian forces remove prisoners from Kherson city colony. The General Staff of Ukraine’s Armed Forces reported on Oct. 30 that Russia forcibly relocated prisoners from Kherson correctional facility and is using the institution to house its military personnel and equipment. The Ukrainian army also recorded that close to a hundred representatives of the Russian National Guard from the city of Grozny, the capital of Chechnya, have arrived in Kherson Oblast’s Kalanchak.

High-ranking Wagner officer killed by Ukrainian special forces in close combat. Ukrainian special forces unit “Khort” reported that it had killed the deputy chief of staff of the Russian state-backed military company Wagner. The engagement between the unit and a group of Wagner soldiers was said to have occurred at extremely close quarters, with all of the Wagner soldiers reportedly eliminated.

Lithuania to repair at least 12 Ukrainian PzH2000 howitzers. Two PzH2000 155mm self-propelled artillery pieces are already on their way back to Ukraine after being repaired in Lithuania, with another two damaged howitzers are currently being shipped to Lithuania, the country’s Defense Minister Arvydas Anušauskas wrote on Twitter.