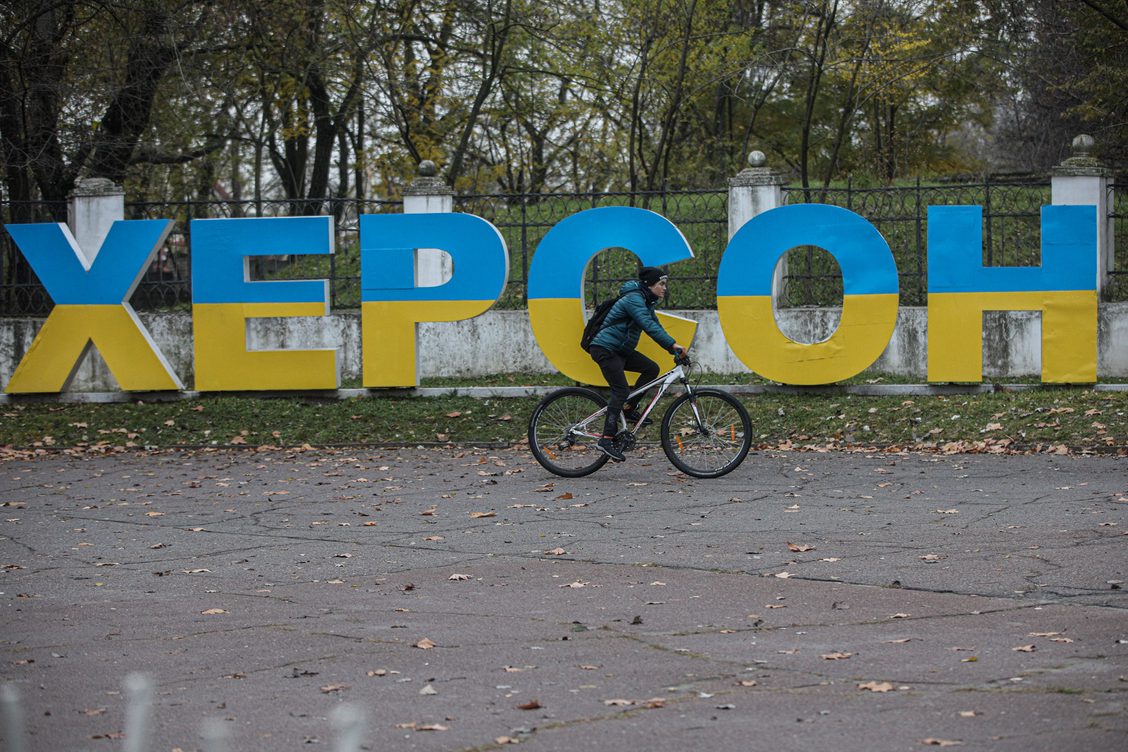 A woman rides a bike in liberated Kherson on Nov. 20, 2022. (Kostyantyn Chernichkin)

UK Defense Ministry: Svatove in Luhansk Oblast becomes vulnerable flank of Russian troops. Russian leaders will likely consider maintaining control over Svatove as a big population center in Luhansk Oblast a political priority, but Russian commanders are facing the challenge of retaining a reliable defense in the sector while trying to resource offensive operations in Donetsk Oblast, according to the U.K. Defense Ministry.

NATO Parliamentary Assembly recognizes Russia as ‘terrorist state,’ calls for special tribunal creation.“The resolution names Russia the most direct threat to Euro-Atlantic security,” said Tomas Valasek, a member of the Slovak delegation to the NATO PA. “It states clearly that the state of Russia, under its current regime, is a terrorist one,” he added. He added that Russia violated its agreements with the alliance, thus, the provision of limiting the forward deployment of troops is “null and void.”

ISW: Kremlin looking to tighten control of Russian information space. The Russian government is continuing to increase its control of the Russian information space as it looks to shape the narrative in and outside of Russia surrounding its full-scale invasion of Ukraine, the Institute for the Study of the War wrote in its latest update. The D.C.-based think tank cited one Russian military blogger as saying the Kremlin’s efforts to shape Russia’s information space “look like a kitten against a rhinoceros” compared to foreign think tanks, non-profit organizations, and independent media.

Media: Polish prosecutors won’t allow Ukraine to join investigation of Przewodow blast. Polish Prosecutor’s Office will not agree to include the Ukrainian side in the investigation of the rocket explosion in the town of Przewodow, Polish media outlet Rzeczpospolita reported, citing sources familiar with the matter.

Zelensky’s address on Dignity and Freedom Day: Ukrainians may be left without electricity, but they will never lack freedom. Zelensky said in a video address that since he congratulated Ukraine with this holiday a year ago, many things have changed in the country, in Europe, and the whole world. He added that some things, however, remained unchanged: who Ukrainians are and that their main values are dignity and freedom.

Ukraine says military operation underway on left bank of Dnipro River. Ukraine’s Southern Operational Command reported on Nov. 21 that the operation had been launched on the Kinburn Spit in Mykolaiv Oblast, and a storm in the sea is helping Ukrainian troops to liberate this territory.

Bloomberg: Russia has lost over 90% of its oil market in northern Europe. Russia has already lost the vast majority of its market in the European Union’s northern countries even before an EU embargo on Russian oil is set to take effect on Dec. 5, Bloomberg reported. 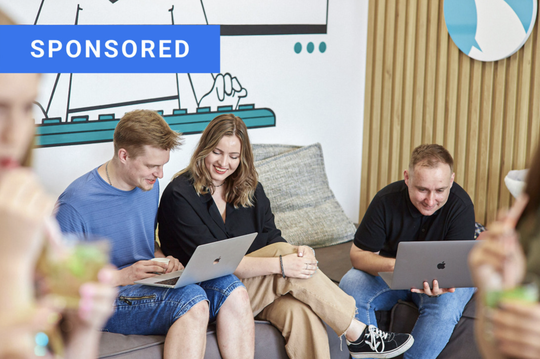 Ukrainian tech entrepreneur Vlad Kytainyk, 34, has spent substantial time in the U.S. building his global business in the past seven years. Still, he has no intentions of settling there for good. 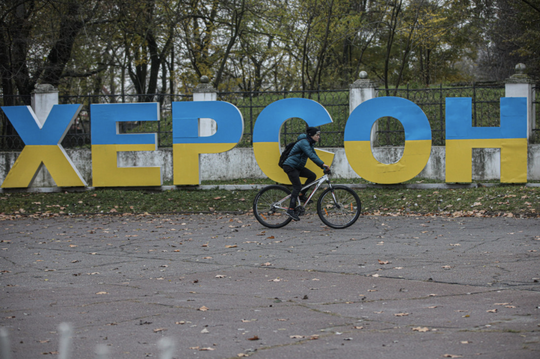 Life slowly returning to Kherson, still without power and water

For the first time in nearly nine months, Kherson residents could openly discuss the war without fearing repercussions. Those who barely left their homes during the occupation enjoy the sunshine and fresh air, sharing a laugh with one another.

Norway to allocate nearly $200 million to Ukraine to help purchase gas. In late August, Norway announced it would help Ukraine increase its natural gas reserves before winter arrives. “The gas will help alleviate the country’s grave humanitarian situation,” the government then said.

Spanish police to help Ukraine investigate Russian war crimes. Spain will send its police units to Ukraine to assist the country’s law enforcement officers “in the investigation into possible war crimes and crimes against humanity,” according to Spanish Prime Minister Pedro Sanchez, cited by CNN.