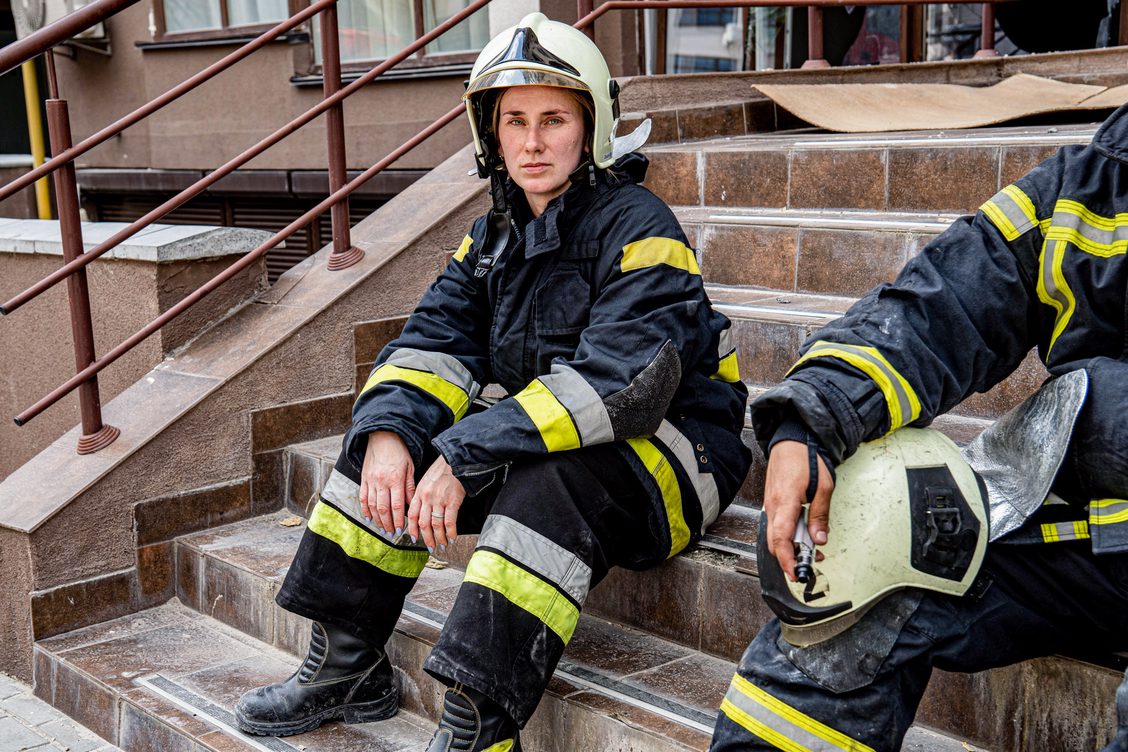 Liubov Kirnos, who heads the unit of psychologists with the State Emergency Service in Kyiv, poses for a photograph at the site of the Russian attack on one of the residential houses in the capital on June 26. (Maryna Kotsupei)

Podolyak: Ukraine ready to negotiate with next Russian president. Mykhailo Podolyak, an advisor to the head of Ukraine’s Presidential Office, said “Ukraine has never refused to negotiate” with Russia, but that Russian President Vladimir Putin is not ready to do so. Podolyak said that, instead, Kyiv “will talk with the next leader” of the Russian Federation.

BBC: Satellite images show over 1,500 new graves near occupied Mariupol. Maxar’s new satellite images show that three mass burial sites near occupied Mariupol have “steadily” grown since spring, according to the BBC. There are roughly 1,500 new graves at one of them – in Staryi Krym, north of Mariupol, it wrote. In total, in Staryi Krym, more than 4,600 graves have been dug since the beginning of Russia’s all-out invasion.

The Economist: ‘Arrangements already made’ for Iran to supply Russia with missiles. Tehran and Moscow have reached an agreement for Iranian Fateh-110 and Zolfaghar missiles to be delivered by air to annexed Crimea and by sea to Russian ports in the Caspian, The Economist wrote, citing Ukrainian military intelligence and other officials. “We know arrangements are already made,” Vadym Skibitskiy, deputy head of Ukrainian military intelligence, told The Economist.

Governor: Residents of border settlements in Chernihiv Oblast urged to evacuate. Chernihiv Oblast Governor Vyacheslav Chaus said on Nov. 7 that Russian forces attacked the region 234 times over the past week and 87 times the week before. Chaus noted that local authorities have already helped some residents of Novhorod-Siverskyi evacuate and encouraged those living in potentially vulnerable areas to do the same.

Official: Russian occupying forces strengthen defenses around Mariupol. Russian forces have begun building a line of defense around the occupied city of Mariupol, according to Petro Andriushchenko, an advisor to the Mariupol mayor. Russians are producing anti-tank cement pyramids at abandoned manufacturing sites in the city; they install them on a highway between Mariupol and neighboring Nikolske in the occupied part of Donetsk Oblast.

ISW: High Russian casualties prompt public outcry. Widespread anger over Russian military failures in Ukraine has spilled out beyond the Russian military blogger community into the public sphere, causing outcry among families of Russian soldiers, the Institute of the Study of War said in its latest update. The ISW has recorded multiple examples of wives and mothers reaching out to local officials and prominent military bloggers to advocate for their relatives serving in Russia’s war in Ukraine.

Russian media: Russia plans to fully restore traffic through Crimean Bridge by late December. The traffic at the destroyed part of the road-and-rail bridge linking Russia to annexed Crimea will be fully resumed by late December, reported Russian-controlled news agency Kryminform on Nov. 6. The media claims one of the two lanes destroyed by the explosion on Oct. 8 would be ready on Dec. 5 and the other lane – on Dec. 20.

Poll: Nearly 90% of citizens believe Ukraine will be ‘prosperous EU country’ in 10 years. A poll by the Kyiv International Institute of Sociology (KIIS) suggested that 88% of Ukrainians “believe that in 10 years Ukraine will be a prosperous country within the EU.” The poll noted that 96% of those in favor are “ready to endure financial difficulties” for three to five years should it result in Ukraine becoming a member of the EU. 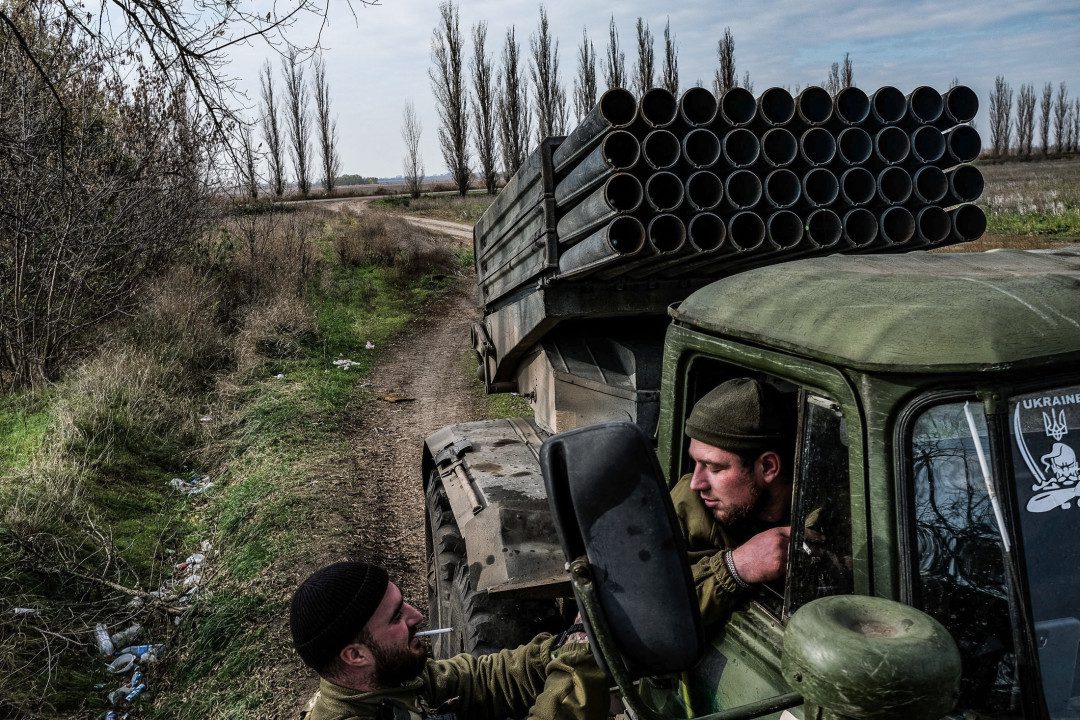 20 minutes to Kherson: What the battle for the south looks like.

The Kyiv Independent spent time with a unit of the 59th Motorized Brigade defending Mykolaiv and trying to push Russian forces deeper back into Kherson Oblast. 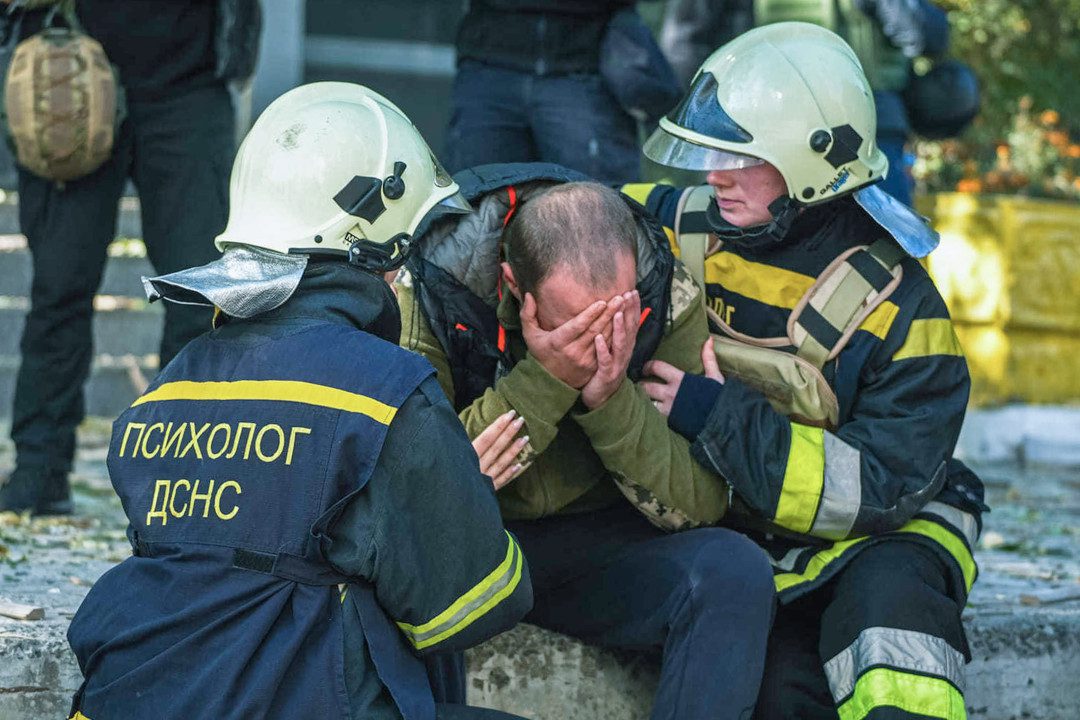 How psychologists risk their lives to help victims of Russian attacks. 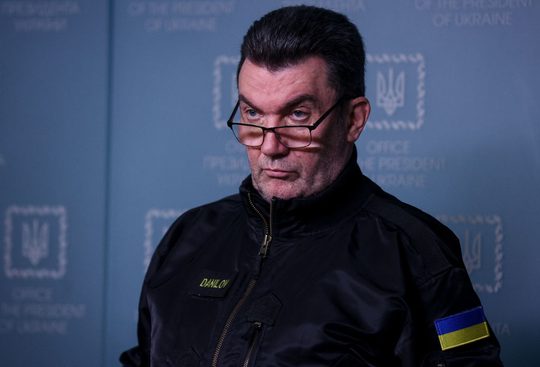 Governor: Russia’s attacks kill 1, wound 5 in Donetsk Oblast. Over the past day, Russian forces have killed one civilian in Bakhmut and wounded five civilians in other settlements in Donetsk Oblast, according to Pavlo Kyrylenko, the oblast governor. In southeastern Zaporizhzhia Oblast, Russian forces hit a small village with S-300 missile systems early on Nov. 7. The pre-dawn attack damaged farmers’ warehouses, a cultural site, and private houses, according to Ukrainian officials.

UN: 16,462 civilian casualties in Ukraine due to Russia’s war. According to the UN’s human rights agency, as of Nov. 6, Russia’s full-scale war against Ukraine has killed at least 6,490 civilians and injured at least 9,972. The agency notes that the actual figures are likely considerably higher.

Turkish media: Turkey to propose extending grain deal for another year. Turkish National Defense Minister Hulusi Akar said on Nov. 7 that Turkey will propose to extend the Black Sea Grain Initiative for one more year, Turkish news outlet CNN Turk reported. On July 22, Ukraine, Russia, Turkey, and the UN made a deal to unblock grain exports. On Oct. 29, Russia said it had suspended its participation in the deal due to a drone attack on Russian warships in the occupied port of Sevastopol. While Russia accused Ukraine of the attack, Ukraine has not commented. On Nov. 2, Russia said it will resume participation in the deal.

US State Department says Russia continues to escalate war in Ukraine. During a press briefing on Nov. 7, State Department spokesperson Ned Price said that if Russia was ready to negotiate, it would stop attacking and killing Ukrainian civilians. “But of course, the Kremlin is doing the opposite. It is continuing to escalate this war, rather than offering any sort of real signal that it is ready for or open to negotiations,” Price said.

BBC: US national security advisor confirms contact with Kremlin. U.S. National Security Adviser Jake Sullivan confirmed communication channels between Washington and Moscow have remained open amid Russia’s war against Ukraine, saying it is in the interest of the U.S. to maintain contacts with Russia, the BBC reported. Sullivan also said, however, that the U.S. is “clear-eyed about who we are dealing with.”

Bloomberg: US asks banks to keep doing business with some Russian firms. The U.S. Treasury and State Departments have quietly urged large banks, including JPMorgan and Citigroup, to keep doing business with some strategic Russian firms, Bloomberg reported, citing unnamed sources familiar with the matter. According to Bloomberg, the effort signals the Biden administration is looking to strike a balance between hindering Russia’s invasion of Ukraine and avoiding adverse impacts of sanctions designed to punish Russia for the war.