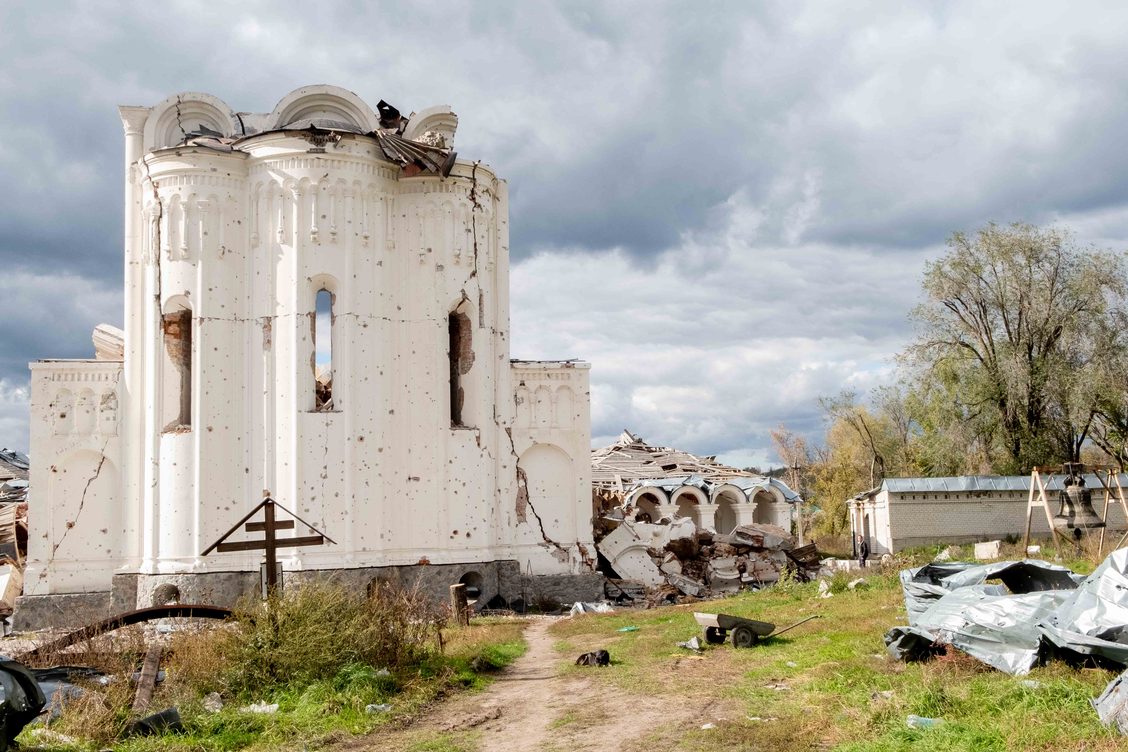 Podolyak: Iran must be recognized as ‘accomplice of aggression in Europe.’ “Transferring missiles to Russia, Iran knows that it will attack our cities. Teaching Russians to use drones, it knows that they will attack the Ukrainian energy sector, provoking waves of refugees to the EU,” wrote Mykhailo Podolyak, an advisor to the head of the President’s Office, on Nov. 1. CNN reported, citing unnamed Western officials, that Iran is preparing to send around 1,000 additional weapons to Russia, including ballistic missiles and about 400 kamikaze drones.

Air Force: Russia will likely place Iranian missiles on northern border with Ukraine. According to Air Force spokesman Yurii Ihnat, from there, Russian forces can fire at targets all across Ukraine.

Kubrakov: Grain initiative continues, 8 vessels expected to pass on Nov. 3. Ukraine’s Infrastructure Minister Oleksandr Kubrakov said that eight vessels with agricultural products are expected to pass through the grain corridor on Nov. 3 under the Black Sea Grain Initiative, which was co-brokered by the UN and Turkey.

Putin: Russia’s participation in ‘grain corridor’ possible only after investigation of Sevastopol drone attack. According to the Kremlin press service, Russian President Vladimir Putin told Turkish President Recep Tayyip Erdogan that another condition for his country to return to the UN-backed grain agreement is receiving from Ukraine “real guarantees” of not using the grain corridor for military purposes.

Zelensky: Up to 40% of Ukraine’s energy system destroyed by Russian attacks. During a meeting with the European Commissioner for Energy, Kadri Simson, on Nov. 1, President Volodymyr Zelensky said Ukraine had to stop exporting electricity to European countries “due to Russian missile and drone attacks which destroyed 30-40% of its energy system.”

Kuleba: Russia’s attacks on critical infrastructure part of genocide effort against Ukraine. Foreign Minister Dmytro Kuleba cited the 1948 Genocide Convention, saying that it clearly indicates that “the deliberate influence on the living conditions of a certain group with the aim of its physical destruction, in part or in whole, is genocide.”

Governor: Total power outage in Kyiv Oblast possible if Russia continues to attack energy infrastructure. Kyiv Oblast Governor Oleksii Kuleba told Hromadske that depending on how severe the inflicted damage will be, making necessary repairs could take two weeks or even longer.

Johnson: Putin ‘would be crazy’ to use nuclear weapons in Ukraine. U.K. ex-Prime Minister Boris Johnson told Sky News that he doesn’t think Russian dictator Vladimir Putin will use tactical nuclear weapons in his war against Ukraine. Such a military strike would put Russia into a “cryogenic economic freeze” and lead to a “total disaster” for the country, Johnson said.

Intelligence: Russian troops install military equipment on Zaporizhzhia power plant’s rooftop. According to the Defense Ministry’s Intelligence Directorate, Russia set up the equipment on the rooftop of the fifth power unit to combat aerial reconnaissance.

ISW: Russia begins its semi-annual fall conscription drive on Nov. 1 amidst reports of continuing covert mobilization. The Institute for the Study of War said in its latest assessment that Russian Defense Minister Sergey Shoigu announced that 2,700 draft committees across the country began the fall conscription call-up of 120,000 men. According to Shoigu, partial mobilization in Russia is concluded. 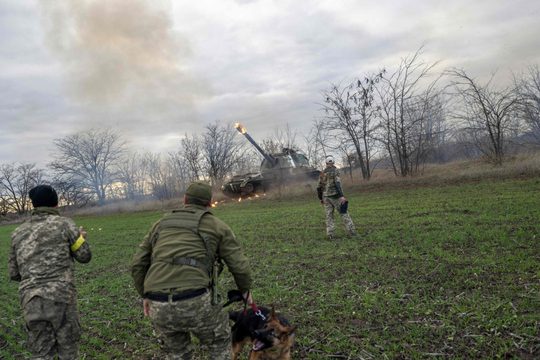 Ukraine war latest: Russian proxies intensify deportation campaign in Kherson Oblast. Russian-installed proxies turned up their deportation of local residents in the occupied parts of Kherson Oblast on Nov. 1 amid Ukraine’s continuing attempts to retake the city of Kherson. 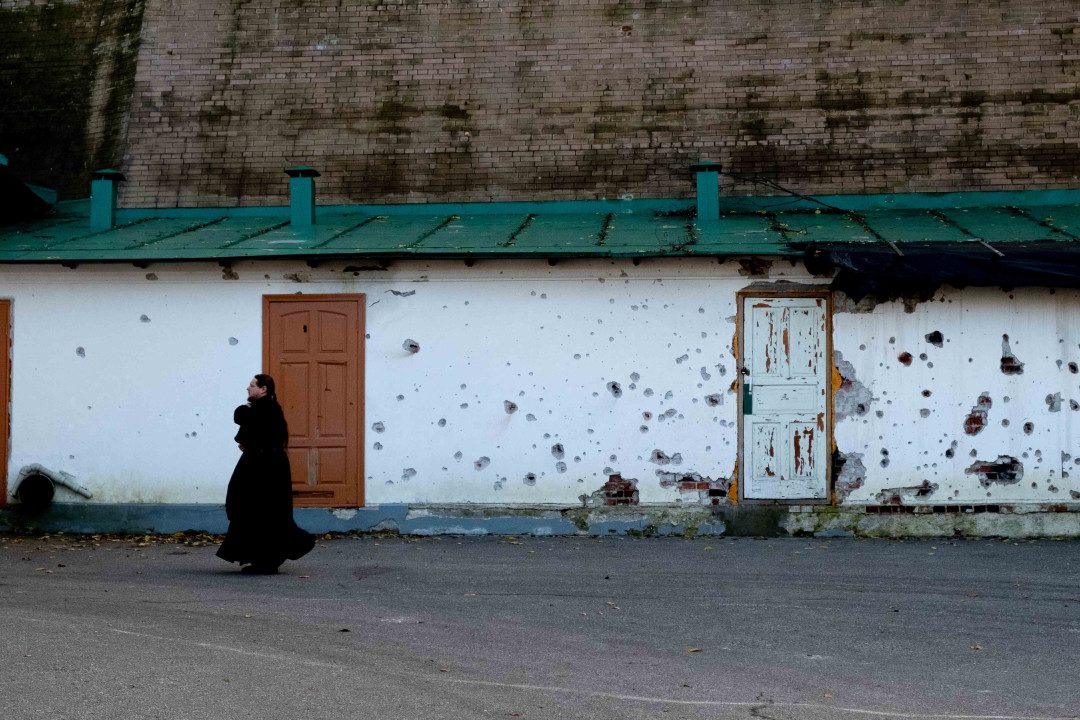 Destruction, isolation, and controversy in frontline monastery of Sviatohirsk. Russian troops reached the town of Sviatohirsk across the river on June 6, but with the bridge blown up and the heights opposite still held by Ukraine, neither side could claim to hold the monastery itself.

Russia’s attacks kill 1, injure 5 in Mykolaiv. In the past 24 hours, Russian forces have killed one and wounded five civilians in the city of Mykolaiv, according to Vitaliy Kim, the governor of Mykolaiv Oblast. “Unfortunately, an elderly woman died after Russia’s attack at night. She was hiding in her bathroom, but the missile ‘found’ her there,” Kim said.

Pentagon concerned Russia may buy high-tech missiles from Iran. “We know that Iran has provided drones to Russia, and we would expect that it will most likely ask for more. We are indeed concerned that Russia may also seek to obtain additional high-tech missile weapons from Iran, such as surface-to-surface missiles, for use in Ukraine,” U.S. Defense Department spokesman Partick Ryder said on Nov. 1.

US launches demining training project in Ukraine. The U.S. State Department announced on Nov. 1 that they have launched a demining training project with Tetra Tech Inc., an American consulting and engineering services firm. “On Sept. 30, the Department awarded $47.6 million to Tetra Tech, Inc. of Pasadena, California to provide urgent humanitarian demining assistance to Ukraine in the face of Russia’s brutal war of aggression,” the press release said.

Russia’s Wagner group facing UK court action over Ukraine ‘terrorism.’ British law firm McCue Jury and Partners announced on Nov. 1 that they took the first step towards what they said was “groundbreaking” legal action against Russia’s mercenary Wagner group over allegations it has committed “terrorism” in Ukraine. The proposed legal move is aimed at uncovering billions of dollars in reparations for victims of the mercenary fighters.

EU condemns Russia’s mobilization of Crimean Tatars, calls it ‘violation of international law.’ The conscription campaign that Russia has launched in Crimea is “groundlessly targeting” its residents, the European External Action Service wrote on Nov. 1. “Crimean Tatars are… reportedly forcibly involved in Russia’s war of aggression against Ukraine, their traditional homeland,” its statement reads. According to the EEAS, the campaign is “yet another violation of international law by Russia.” 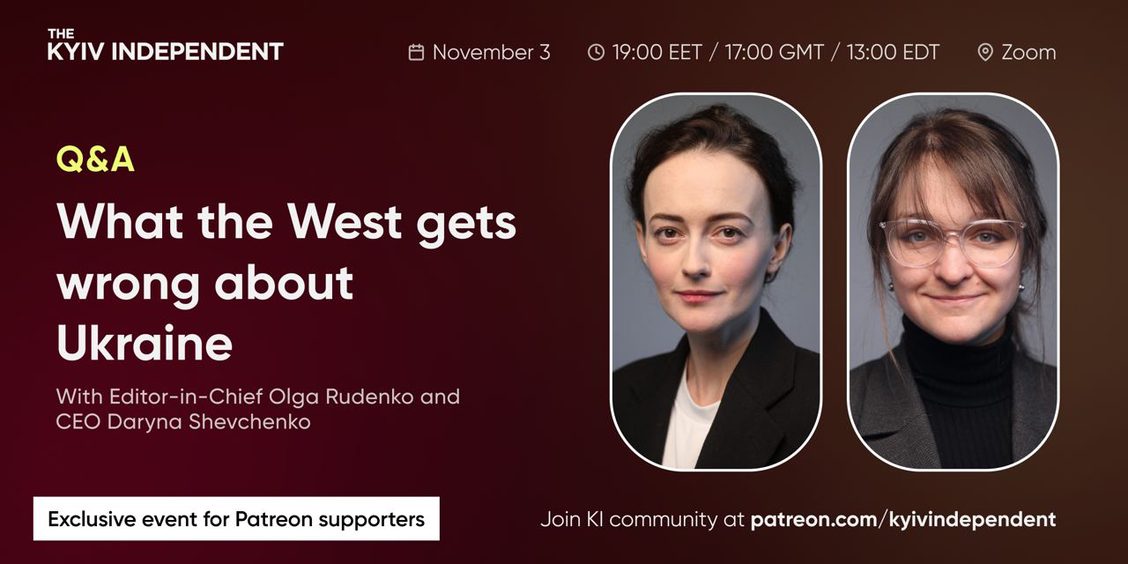 Join us on Nov. 3 for a Q&A with Editor-in-Chief Olga Rudenko and CEO Daryna Shevchenko on “What the West gets wrong about Ukraine.” They’ll talk about misconceptions the West still has about Ukraine and Russia’s war.

This is an exclusive event for our Patreon community. Register and submit your questions here. Become our Patreon member here.

CEO of Ukraine’s energy monopoly Naftogaz resigns. The Cabinet of Ministers has approved Naftogaz CEO Yuriy Vitrenko’s resignation. He will leave his post on Nov. 3, Naftogaz said. Further details will be published in two days, the company wrote.