If you need a less specific introduction to Mastodon, this Medium post probably covers what you are looking for! My post is only about instance suggestions.

"Oh no, I came to Mastodon to escape harassment/seeing bigotry but I found out my instance isn't well moderated, where should I go?"

I've seen variations on question pop up multiple times, and sometimes it's a hard question to answer! Every instance has its advantages and disadvantages, and sometimes these are the same thing! For instance, some people might see a themed instance as boxing themselves while others may appreciate it's easier to find something in common with others, or some people might appreciate the family feel of small instances while others may find themselves bored because there's not much going on.

Anyways, here are some symbols that are going to be used on the list:

% - Pretty restrictive federation; it either means the instance is allowlist only or is constantly blocking any instance with harmful behavior. This means that you are less likely to see harmful posts, but it's also more likely you won't be able to follow or share someone/something you like sometimes, because even though there's nothing wrong with the account, they are on an instance with unreliable moderation, or that can't federate for other reasons (such as not asking to be on the instance's allowlist).

Keep in mind big general instances usually have worse moderation, but are also where people who are new to the Fediverse make their accounts (including, say, marginalized people coming from corporate social media because of bigotry). It's your choice if you prefer having a safer, but more restrictive experience, or an open, but riskier experience.

^ - Really small instance! This instance has less than 150 accounts in total, and the amount of active members is probably a small fraction of that number. This is not a problem if you want to know everyone in your Local timeline or even if you don't want to be lost on your Federated timeline, but it may be a problem if you'll want more people to follow and aren't sure about how you'll find more people.

+ - Big instance! This instance has had over 500 accounts active this last month. Sure, maybe a lot of those people aren't posting or just made a new account and left, but the local timeline will probably be pretty active. This can be good for those new to Mastodon who still want to know a lot of people, but can also be bad for people who just wanted a cozier instance where everyone knows each other.

? - I don't really know much about this instance. I may have seen cool people there and the rules seem fine, but I don't have that much experience to know how often they block instances or how their rules are enforced.

18+ only means this instance won't allow minors. There may also be a lot of lewd, kinky and/or pornographic content around, even if it needs to be properly warned for.

I will mention glitch-soc and Hometown, which are forks of Mastodon with extra features. Read the links if you want more information.

Regardless of what's here, though, please check each instance by yourself before making an account. As in, read the rules, see who's the moderation team, maybe look at the profile directory and so on.

This list is in alphabetical order. You can contact me at @azzi@plush.city or @Starry@mastodon.technology if you want your instance to be removed.

A friendly general instance. Has a lot of furries, if I recall correctly.

A queer/LGBTQIAPN+-focused instance that's mostly for people who speak Portuguese. Has a bunch of themes and some extra features without it being glitch-soc (such as bigger character limits and user-set column and emoji sizes). I'm an admin there, so I can say there's staff that understands English and Spanish if you want to make an account there. :P

A Pokémon themed glitch-soc instance; lots of people have Pokémon-specific accounts there, where others have more general accounts.

An instance dedicated to decolonization and survival of indigenous peoples and culture.

An instance focused on queer people, feminists and anarchists. It's focused on French-speaking users, but it also welcomes people who speak other languages and it's not uncommon to find English speakers there.

An instance by and for leftist trans people. It has a lot of people's lewd accounts there, but it's not specifically a sex/porn/kink instance.

It's a laid back Pokémon themed glitch-soc instance, but there are also plenty of non-Pokémon accounts there.

An antifascist general instance focused on being kind. You can read their FAQ here.

For people who are interested in technology. Has quite a few custom themes!

An instance for plushies and other soft things (that is also open for everyone). It's a very furry and queer instance.

A laid back (but still relatively well moderated) queer instance, that's also open for allies. However, when I had an account there, I could never load its local timeline for some reason; I think other people didn't have this problem, but it's something you may want to keep in mind.

A general, but explicitly leftist, Hometown instance. Has 1312 (ACAB) as a character limit.

An instance for people involved in academia that aims to be inclusive towards all marginalized groups. Public posts that are not academia/research/teaching/learning related need to have content warnings.

A general instance with a Stardew Valley theme. It's also founded on the premise of kindfulness (mindful, kind and aware of the importance of kindness).

A tech-focused instance for LGBTQIA+ people or allies.

A glitch-soc instance for foxes and "their associates, friends and fans".

An instance that celebrates weirdness.

A furry and LGBTQIA+ instance.

I didn't want to overwhelm people with too many choices, so I ended up capping this list at 20. People reading this might notice I didn't recommend any instance that focuses on leftist politics in general, communism or anarchism; this is because I'm not really a fan of them, since most of them end up excusing ableism, racism and/or queermisia in name of their politics, or just don't seem well moderated.

For instance, I haven't had any actual problem so far with kolektiva.social, but their staff isn't listed anywhere (if they actually use Mastodon) and, since their rules are basically the mastodon.social code of conduct with a few additions, I've seen a bunch of posts there containing violence, bigotry and sexually charged contents with no warnings. It's fine if you like it there and don't mind, but I'd rather be in instances where I can have, well, warnings before seeing those things. I also worry about such a big instance having open registrations with no way to contact the admins besides e-mail and a sysadmin account.

(Wow, it's surprising how that paragraph aged poorly in, what, less than a few weeks? Apparently Kolektiva has attracted a bunch of non-leftist users with its non-moderation, and some instances are starting to block or silence it. The moderation team at Kolektiva is apparently going to try to handle that problem, but I've also seen accounts of it being unreliable and part of the problem, so I don't know what to think, and Kolektiva users probably know the situation best.)

That said, all of the instances on the list above wouldn't tolerate support for capitalist or authoritarian systems (as far as I know), so it's not like you can't have your political commentary/memes/calls to action on Rage.love, weirder.earth, Queer Party or Kitty.Town. It just may need to be properly warned for, depending on the post. Ecosteader and Eldritch Café are also explicitly anticapitalist, even though this is not their only focus.

As for those who don't want to speak English: Eldritch Café does welcome people speaking all languages, as said above. People also don't mind that at Polyglot City and Tabletop Social. You might want to seek more specific help regarding your own non-English language, which I may not be able to provide.

In general, I would suggest not picking instances where:

The .social rules are fine for a big general instance, but when you have a more specific target community, such as revolutionary leftists or a specific fandom or queer people, further rules are needed to ensure a better and more transparent experience. For instance, as an a-spec and m-spec xenogender person who is also intersex, I'm worried about queer spaces that only care about banning homomisia and transmisia, or that call the community LGBT, since those things are routinely used to hate on identities such as those I have.

Some instances I've listed just have rules like "don't be a bigot", or that are based on .social rules, but these are usually instances where I know the admins wouldn't tolerate bigotry, and that are usually populated by people who would respect the rules of other instances on this list (and that aren't newcomers to the "leftist queer furry" side of the Fediverse who might be confused about what is and isn't considered "acceptable behavior" in social justice spaces).

Knowing the political views of who's managing your server is important, and if registrations are open, it's important to have someone checking in those new arrivals before someone has to report them. An inactive staff also means new instances don't get suspended (or approved, if the instance is allowlist-only).

Federation is cool because servers connect to each other, I know, but that doesn't mean everyone should absolutely connect to every server unless something really serious is happening. Making users block servers/accounts individually means marginalized people have to deal with more stress when they are likely here because the amount of bigots that may have to be blocked on Twitter/Tumblr/Instagram/etc. is infinite and they don't want to deal with that.

Even if someone wants to have a good faith discussion with a centrist or whatever, they can just sign up on another server that will remain connected to that person's account. The administration doesn't need to let that centrist sealion dozens of marginalized users on their server because "it's the internet and people can be blocked/ignored individually". Public complaints about this usually means the administration on that server won't care about banning harmful users/instances unless maybe when they reach a absurdly high level of awfulness.

Since "how to migrate to another instance" is another common question...

There isn't a way to "upload" past posts to another instance at the moment (even though you can download your posts), or to migrate your bio or pinned toots automatically. This is what most Mastodon instances have available for you to do:

This process is the same when migrating to another account on the same instance (if you want to change your username but not the instance). You'll just need to make sure you are logged into the right account for each step.

That said, it's possible to just make another account and say you are moving there (or not say anything at all). These are all available tools, but their use isn't mandatory.

I would also like to remind everyone that people don't need to have a single account and that's it. It's possible to have a general account on Stardew City and a "lewd/afterdark" account on girlcock.club, or a French account at Eldritch Café and an English account on Chitter. Different instances have different rules, themes and languages and that's okay!

Having accounts on different instances is nice, since you can find out about people in local timelines that often don't get their posts shared by others on that instance. I know managing multiple accounts is not for everyone, so I highly recommend at least taking a peak at other instance's public timelines and/or profile directories while trying to find people to follow.

This article is under the CC-BY-NC-SA license. 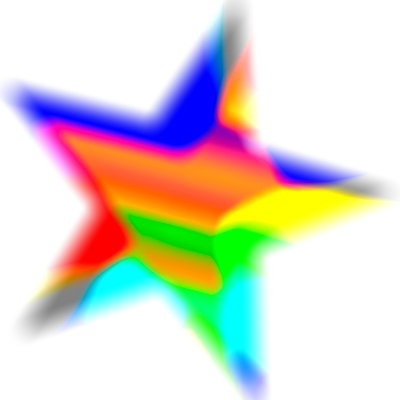